A quick update to highlight some of our favourite Ochre stores in recent months.

IDLES fans were hungry for new material and were eager to show their appreciation and love for the band - Partisan Records did not disappoint.

We were excited to see another innovative bundling strategy put together on Ochre by the label, featuring multiple formats of the new album Ultra Mono to pre-order, along with special packages for the AF Gang community and savings for fans wanting to complete their collection with all four of IDLES vinyl releases bundled together.

Partisan made use of the Ochre CMS to create a custom landing page featuring the new video, links out to DSP's to pre-save streams, purchase buttons to live stream gig tickets and a mailing list sign up all tied into the album pre-order announcement. 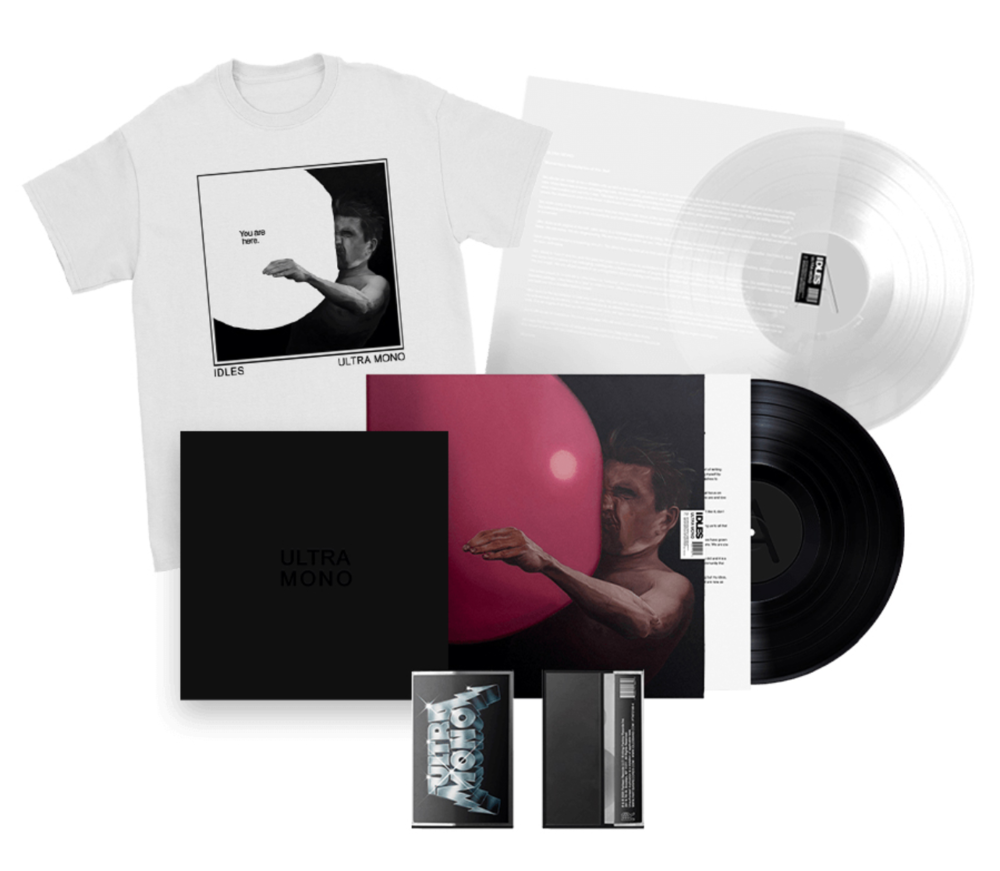 A very clever marketing strategy underpinned the launch of a limited edition vinyl pressing of Starz.

Products were hidden and direct URLs were sent only to fans who had previously signed up to Yung Lean's newsletter ahead of the general sale.

500 glow in the dark Vinyl's were put aside as signed copies and a number of limited exclusive LPs were ring fenced allowing dedicated fans to purchase before the general sale was announced.

This led to allocations selling out very quickly, and a prompt re-stock before the general sale was announced a week later. 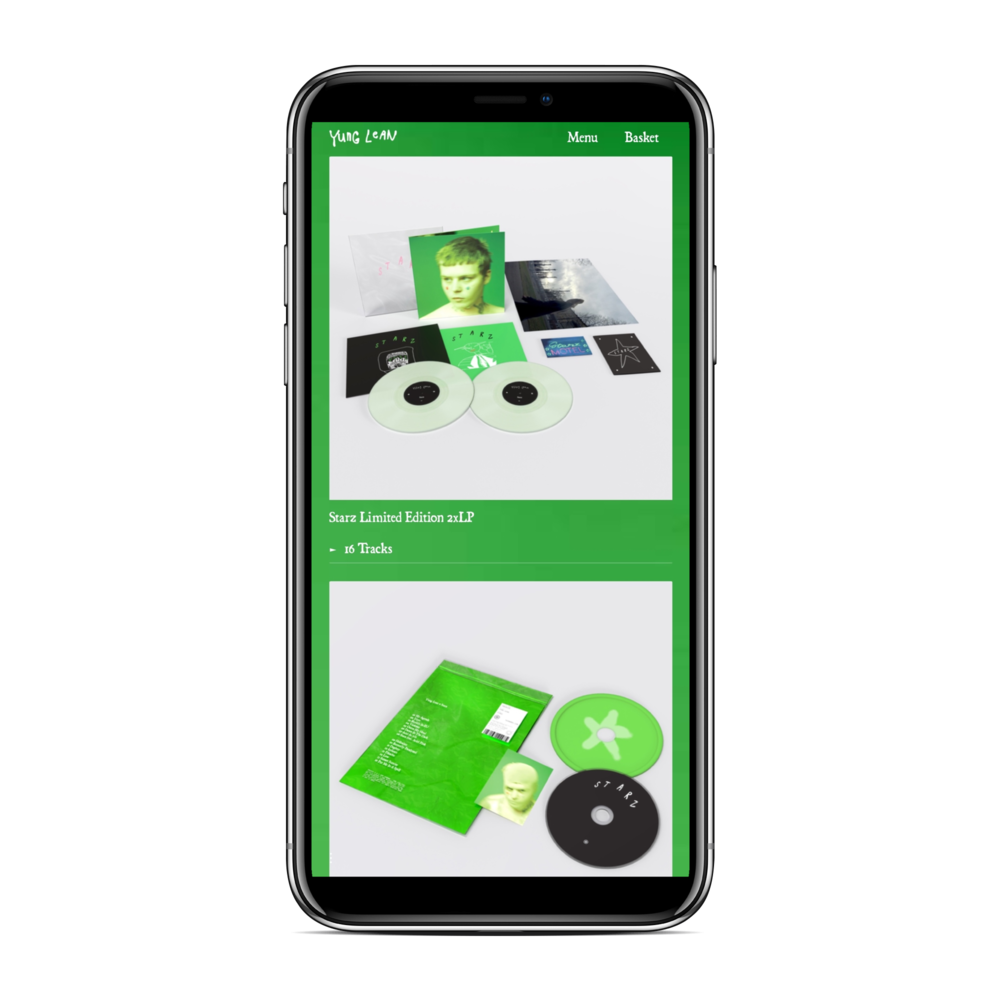 Don Broco re-launched their store on Ochre a couple of months ago with some amazing merch and great fashion photography, resulting in more of a look book feel than your usual an artist D2C store.

In addition, as a response to recent events in the US, the band quickly put together a new and exclusive t-shirt design to raise money for Black Lives Matter.

The designs proved very popular with their fanbase and were put on sale for one week only ahead of being manufactured. This allowed the band to raise money for a great cause and manufacture to order the exact amount of garments required.

After the week long limited period for sales, a large sum of money was raised and split between the Black Lives Matter Global Network & Campaign Zero. Stock was promptly manufactured and delivered to the Ochre warehouse to be fulfilled to customers.

Such a great effort and positive reaction to recent events. 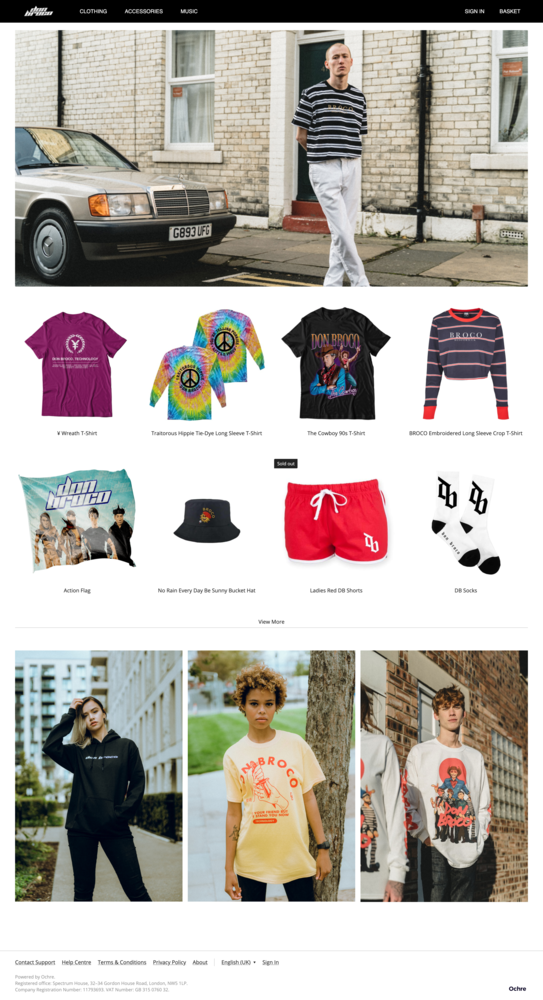 Khruagnbin's second album MORDECHAI was announced in April with a pre-order campaign on their Ochre store.

Limited summer sky wave coloured vinyl exclusive to the bands store sold out quickly. And deluxe record bags featuring the album artwork were offered for sale separately and as part of album bundles.

A solid campaign and a great comeback for the band! 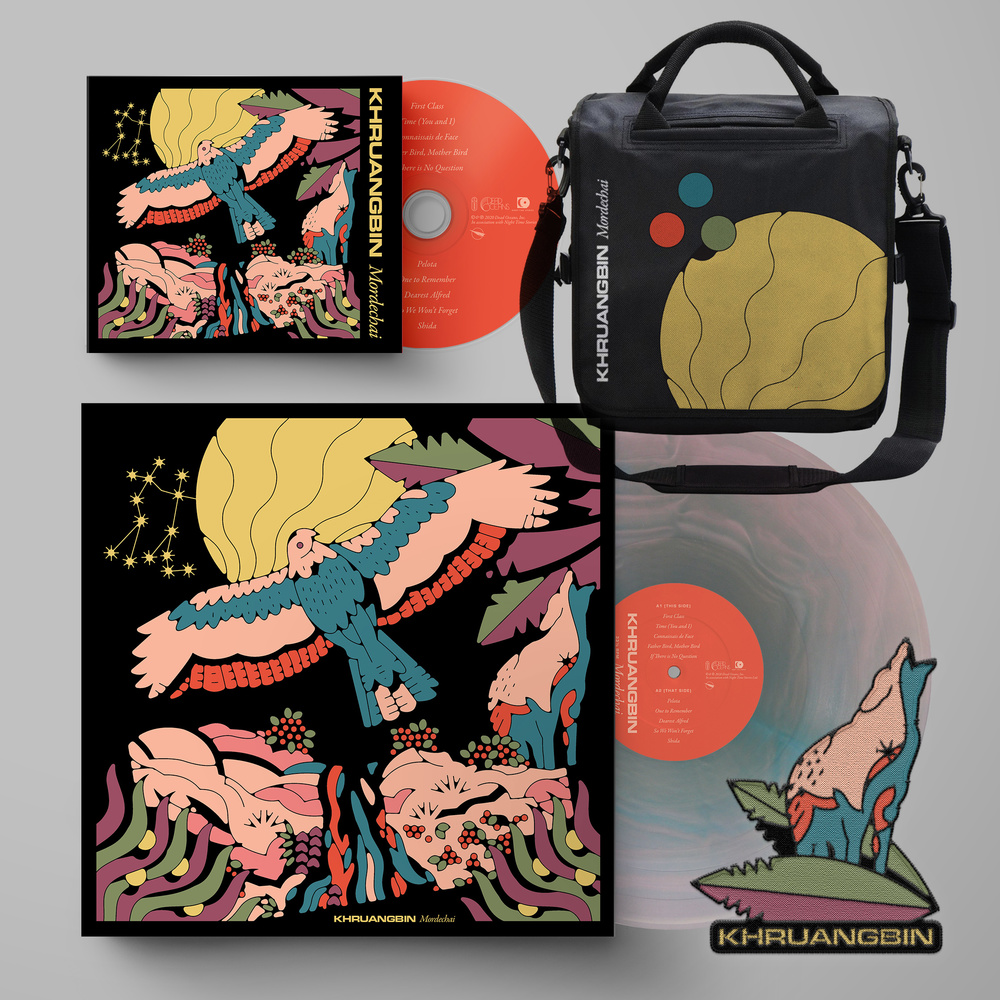 To raise money for Black Lives Matter and the NAACP Glass Animals used their platform to push a pre-order live for only 48hours. The time limited sale set up by Terrible Merch helped raise demand and a load of cash.

Here's how the band described the project:

"Chris and I started working on this project a couple weeks ago. It took us a minute to get the words right… but as it says it on the shirt… we designed this garment to raise awareness and benefit those fighting for justice during this human rights crisis. Wear it to spread the message. Wear it to protest police brutality and racism. Some words from Chris on the project: “As a black artist, I always use my artistic ability to shed light on my culture. These t-shirt designs are a form of protest. I hope the messages on these garments are received by those who will take action and make change happen.”

A collaboration between the photographer and a number of artists including Cage The Elephant, IDLES and King Gizzard & The Wizard Lizard. Creating brand new merchandise with previously unused photography shot by Pooneh Ghana, sold to raise money for good causes. And brought to life by Terrible Merch. 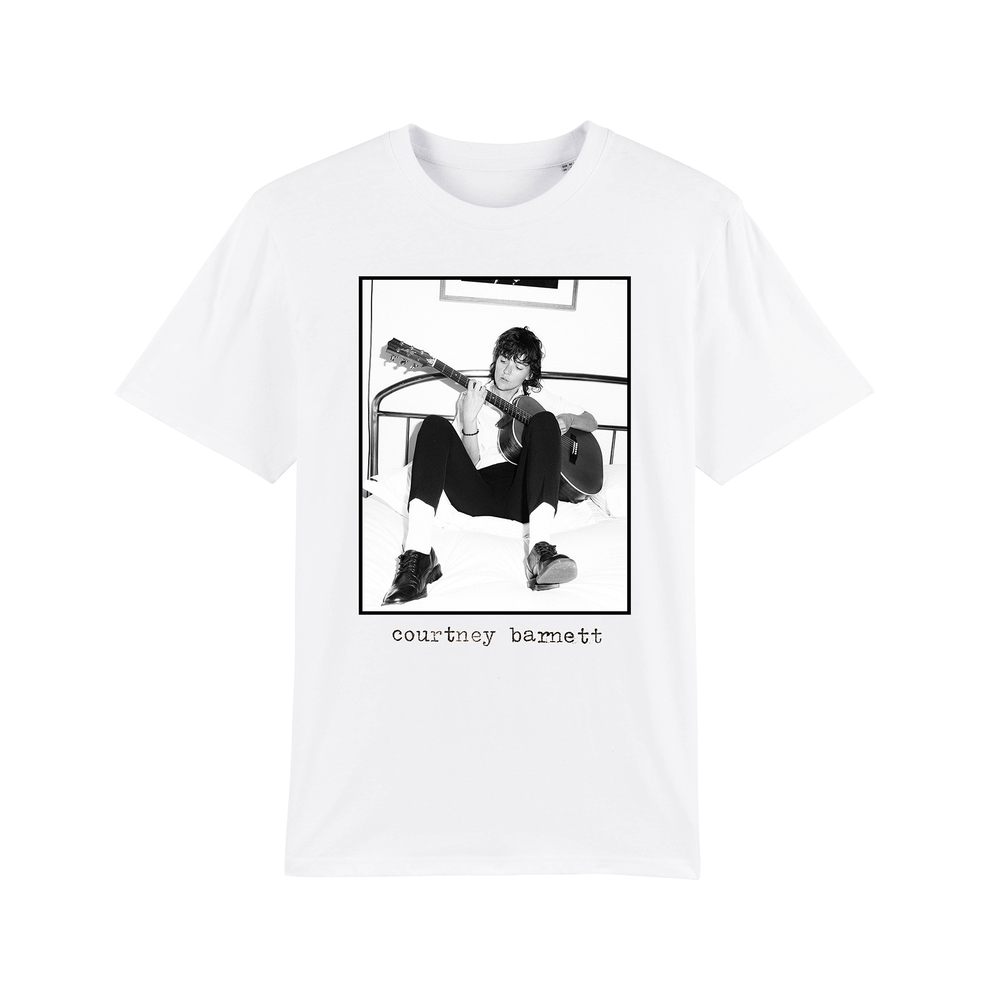 We were delighted to see the pre-order of "The Ascension" launch.  Multiple formats including limited clear Vinyl, gold cassettes, great artwork and cartoon mouse t-shirts! 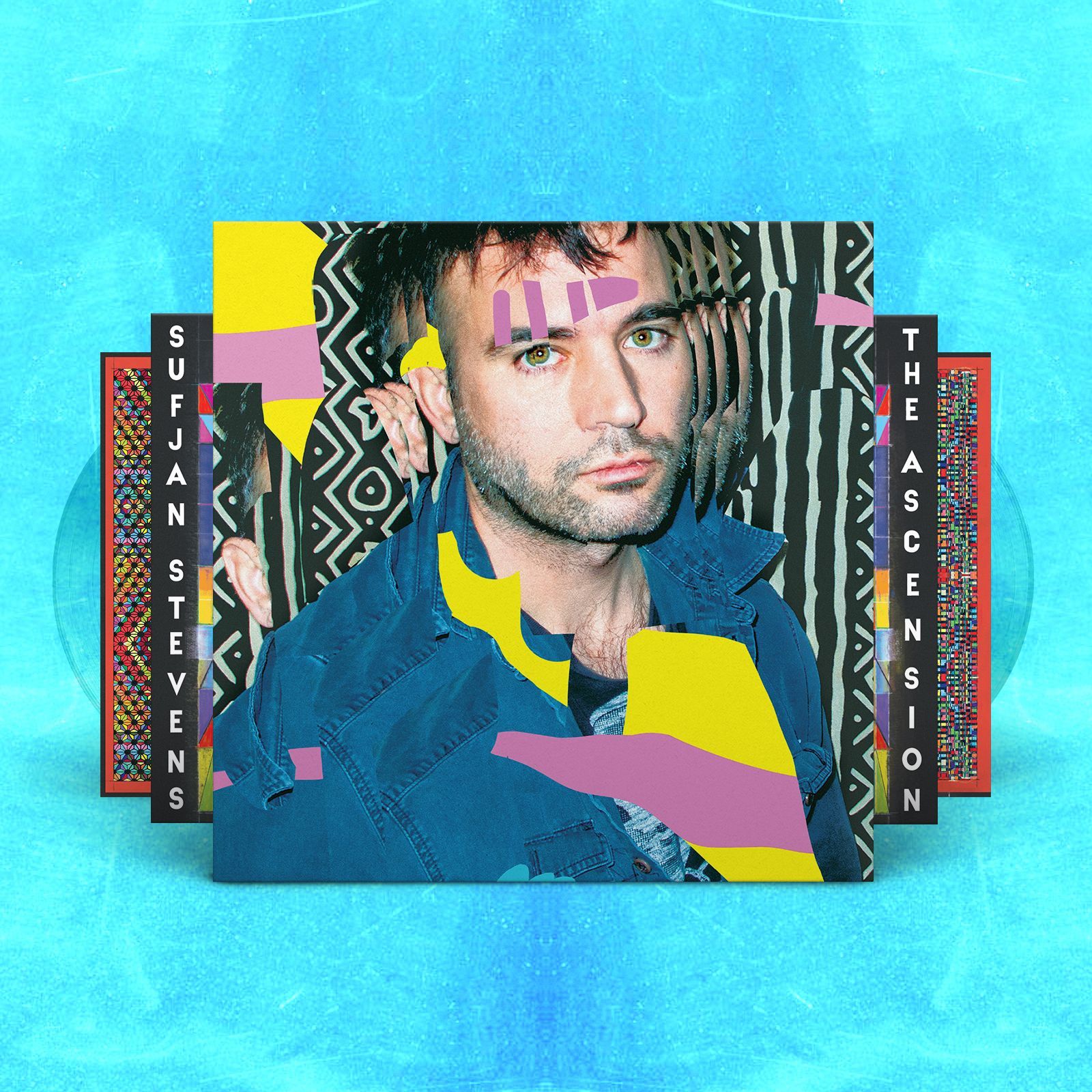 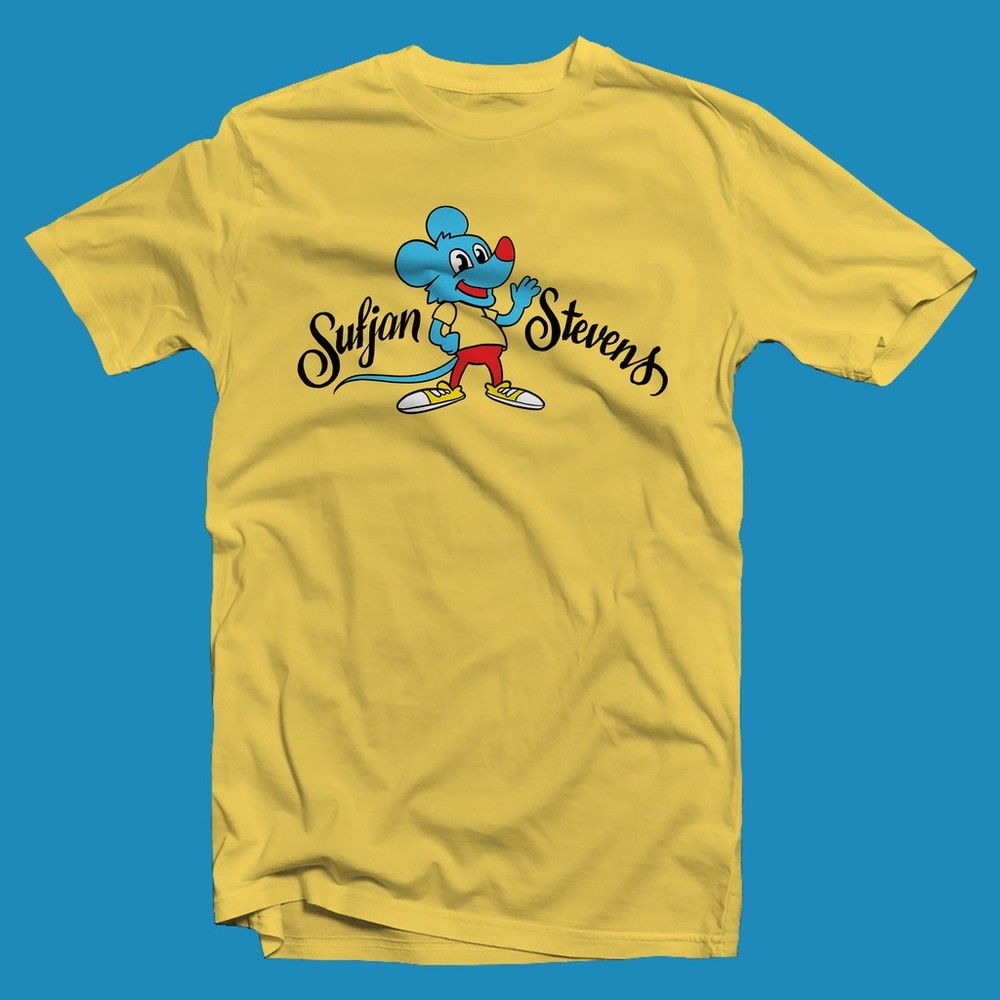 We've recently integrated with Push Entertainment giving Ochre clients the ability to take advantage of Print on Demand and Direct to Garment manufacturing for merchandise across a wide range of products. The first project to take advantage of this feature was YouTuber NoahFinnce.

Noah's team used the release of new single "Underachiever" as an opportunity to drop multiple lines of exclusive merchandise on the release date of the single.

We're excited to see more clients take advantage of print on demand technology in the second half of the year.

Bright Eyes' long-awaited tenth studio album and first record since 2011, "Down in the Weeds Where the World Once Was" was announced.

A pre-order for a deluxe bundle included limited edition transparent red and transparent orange vinyl of the album, a CD version, a separate 7" vinyl of "persona non grata / flirted with you all my life", a tote bag, and an official Bright Eyes star from the official star registry! 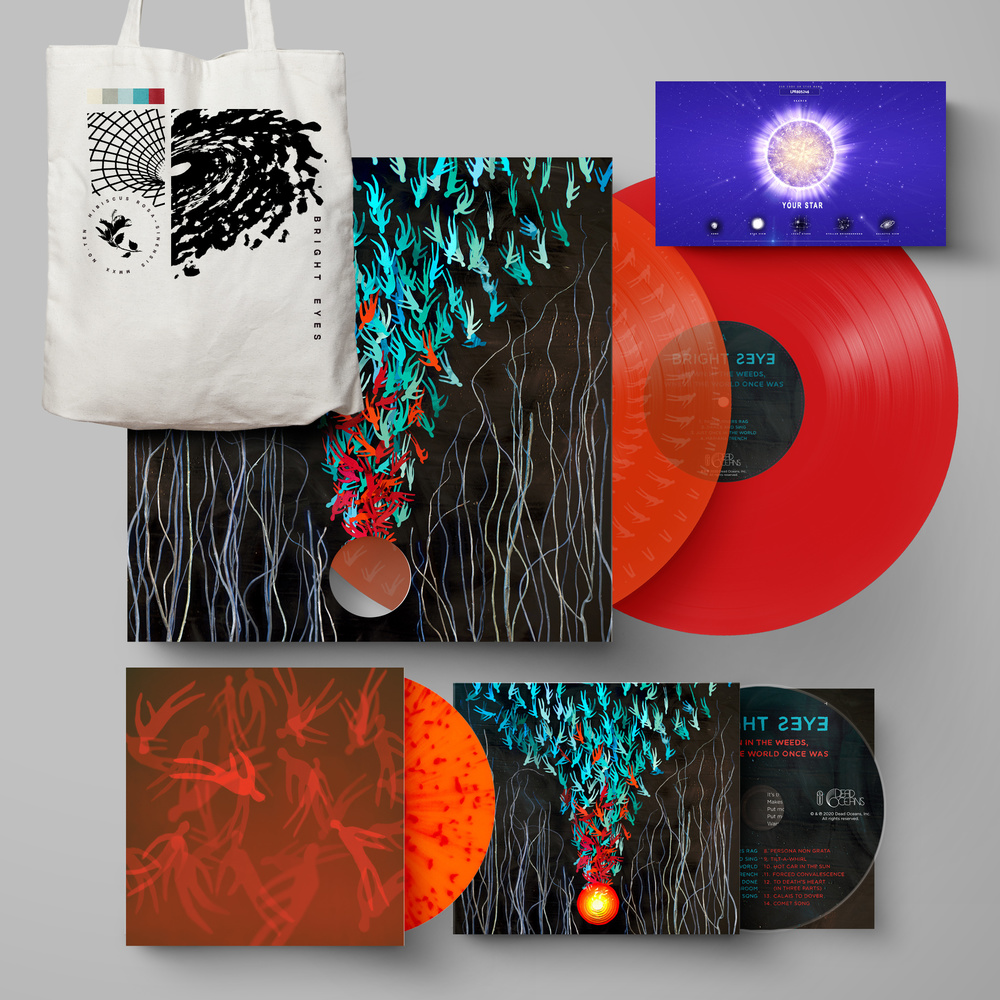 We love to see innovative artwork integrated into album campaigns.

All The Witches launched the pre-order of "Nothing As The Ideal" along with visually striking limited blacklight posters, Tri-colour coloured vinyl and a special edition picture disc which looked great. 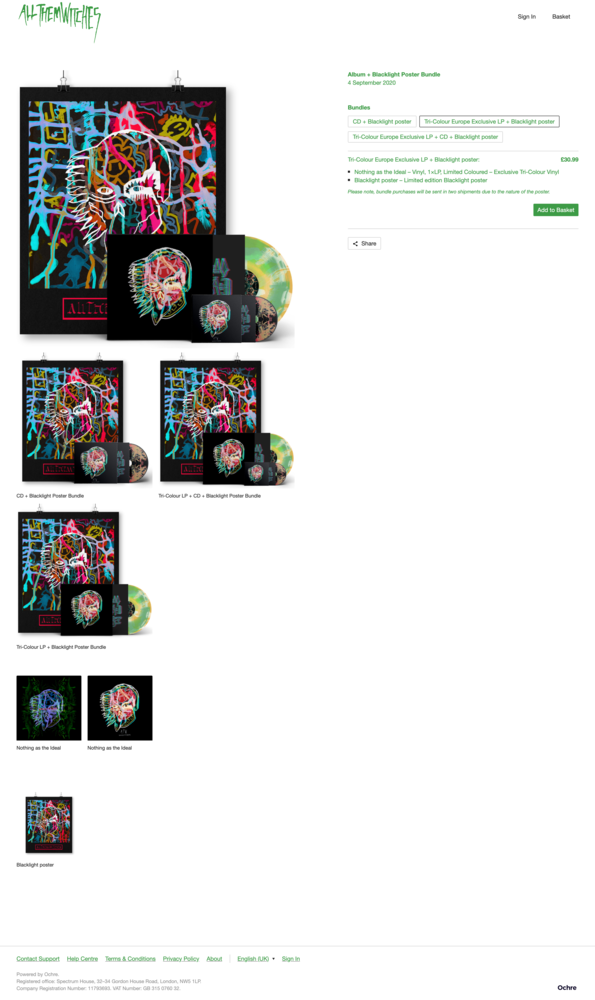