We’ve seen a whole host of new label stores, great campaigns and custom API built websites over the past few months, including a huge no.1 record.

Here are some of the recent highlights across the platform in Q4.

Matador launched a full catalogue store with Ochre and got off to a strong start with a reissue campaign for Queens of the Stone Age catalogue on vinyl, including the landmark debut album back in print for the first time in 10 years, restored to its original sequence with the original, long out-of-print artwork by Frank Kozik. 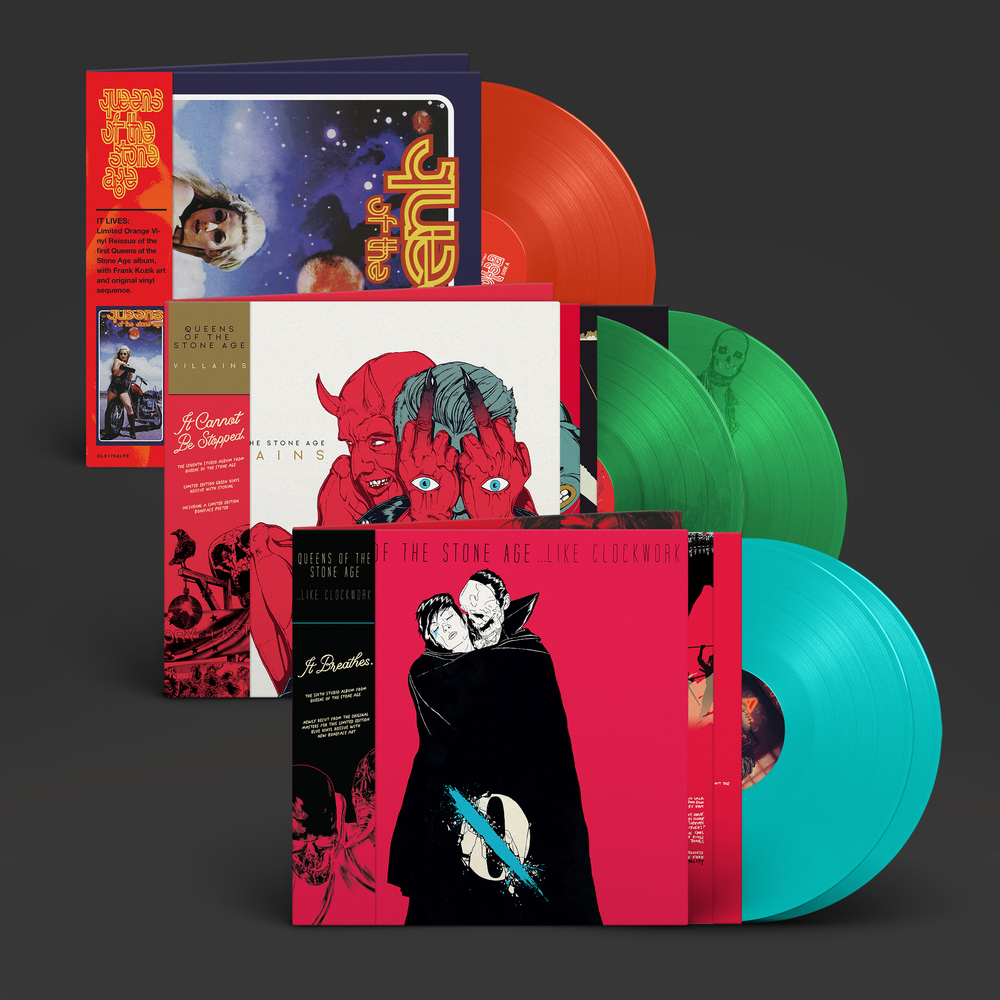 Arlo Parks used Ochre to re-brand her new store. Arlo tweeted; “To celebrate I wanted to throw up a very limited number of items for you to climb trees in, do pottery in, rollerblade in, binge watch Insecure in, cut onions for a damn risotto in!!”. We can’t wait to see what Arlo has planned for next year! 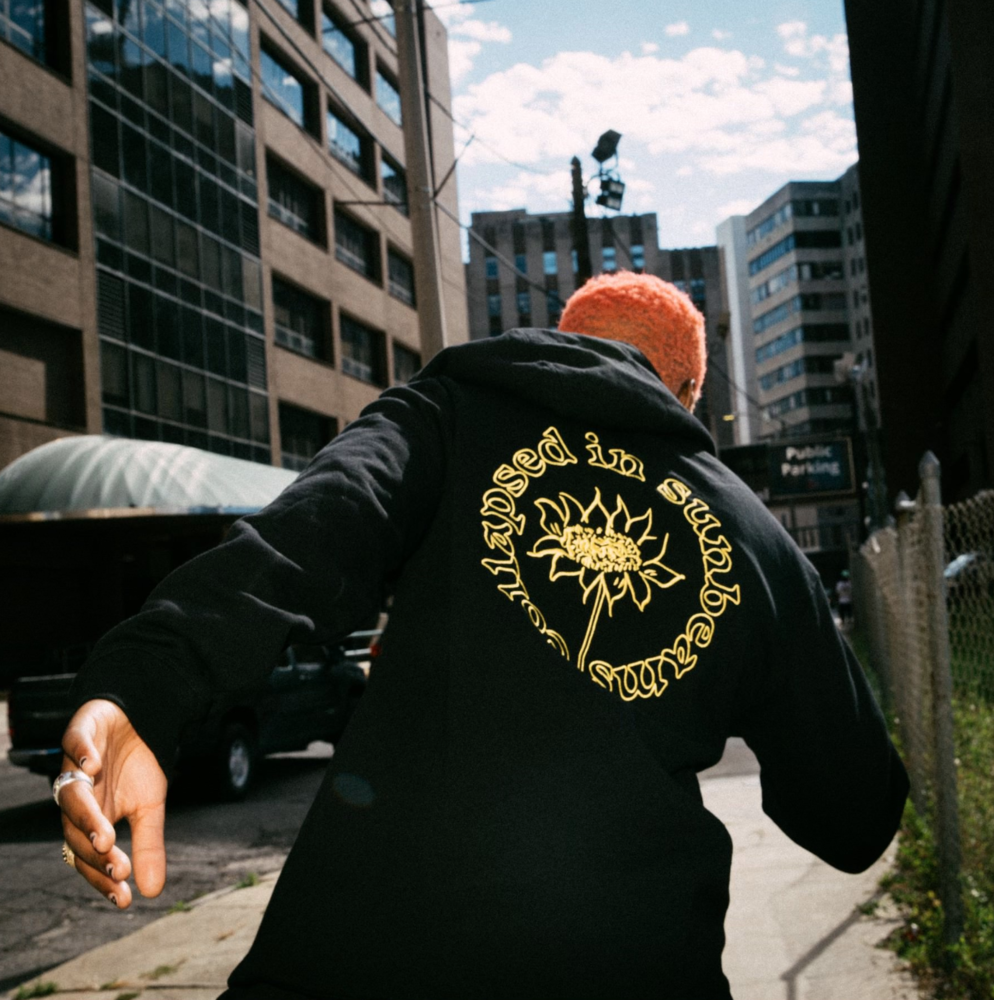 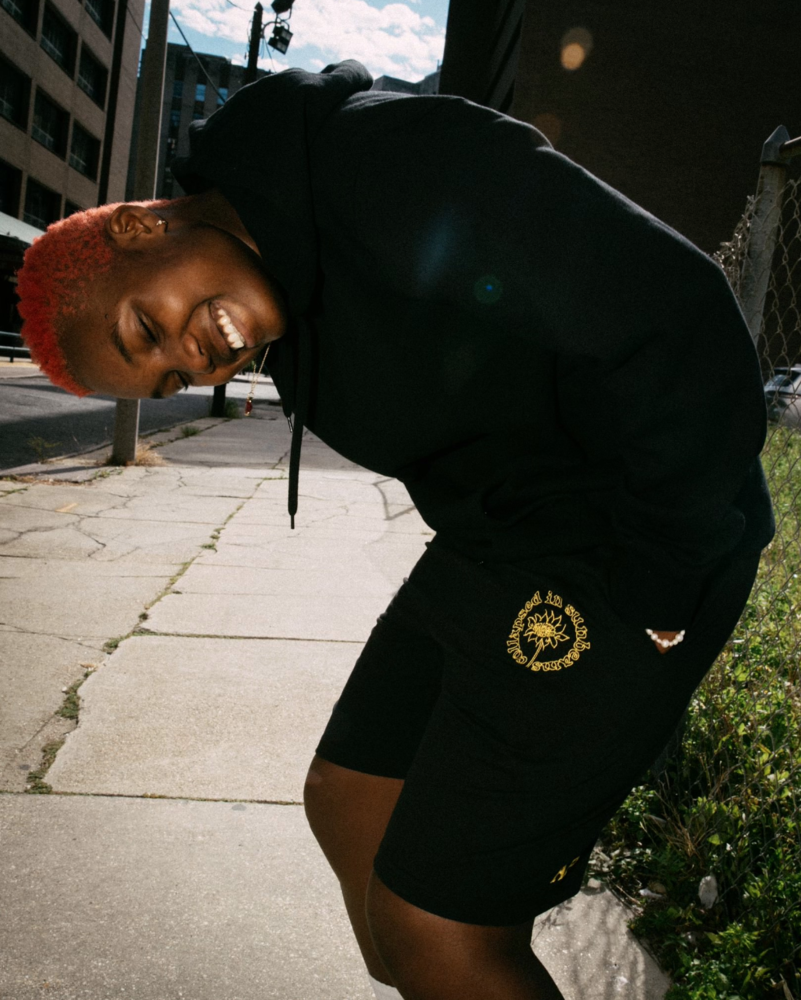 4AD launched their new label store via Ochre in style with a huge end of the year sale, featuring 20% off most items in the store. As well as new pre-orders from Tkay Maidza, The Golden Dregs and Velvet Negroni.

With amazing prices on Cocteau Twins, Pixes, Bon Ivor, The National, Scott Walker and Dry Cleaning we recommend having a browse and bagging yourself a bargain before the sale ends. 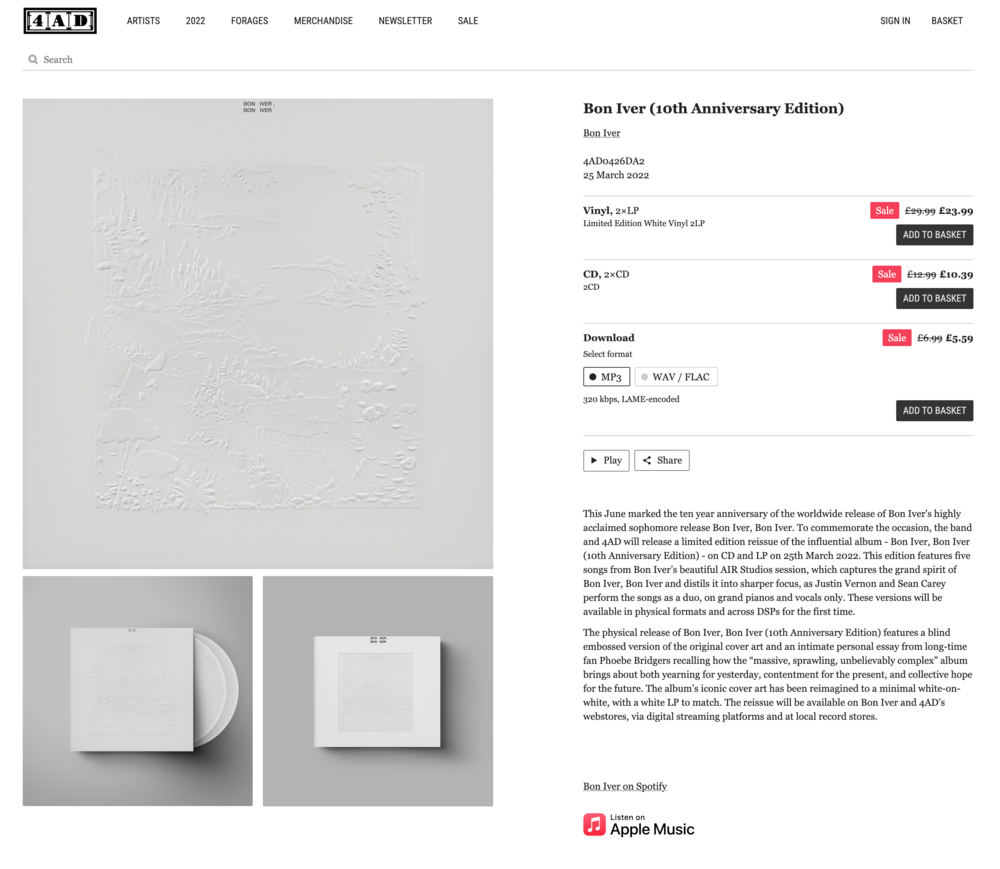 A new website powered by Ochre is now the place to buy back catalogue and new releases from one of the most respected French record labels in the world, as well as official merchandise.

Launch of the new store was timed for the announcement of a collaboration with Topologie for a special DJ bag which sold out fast. 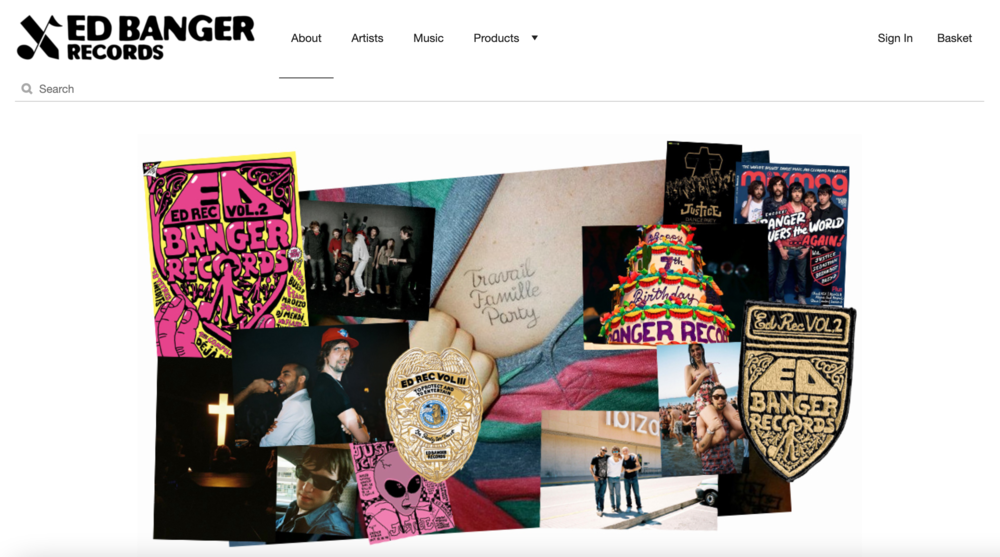 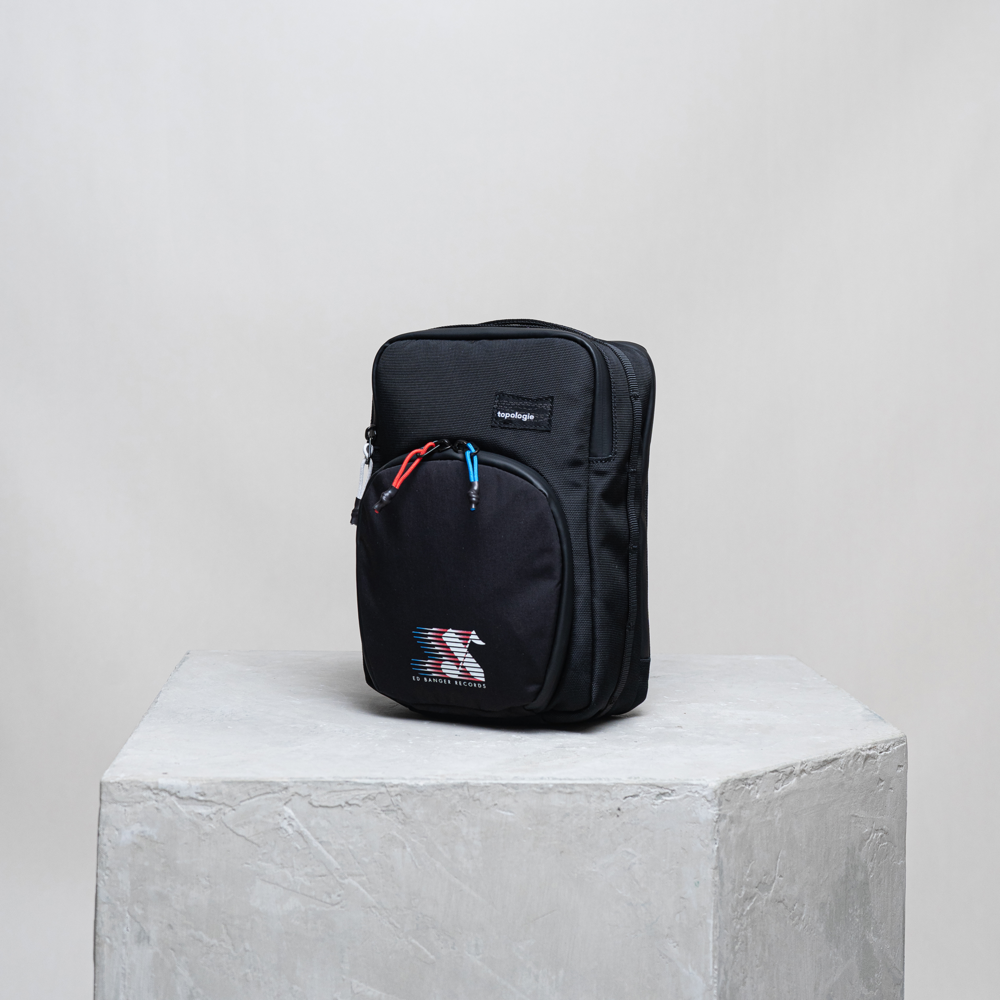 Huge congratulations to The 1975 and Dirty Hit on their no.1 record in October with the brilliant “Being Funny In A Foreign Language”. 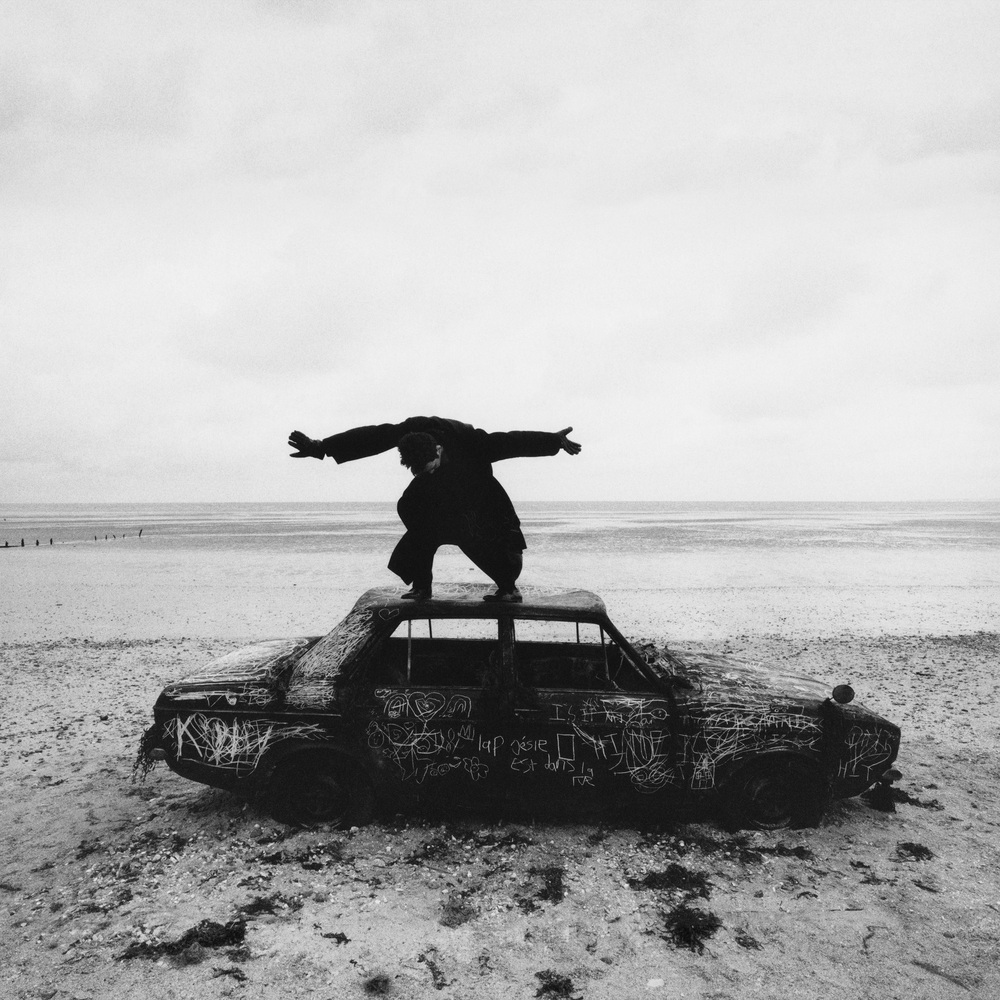 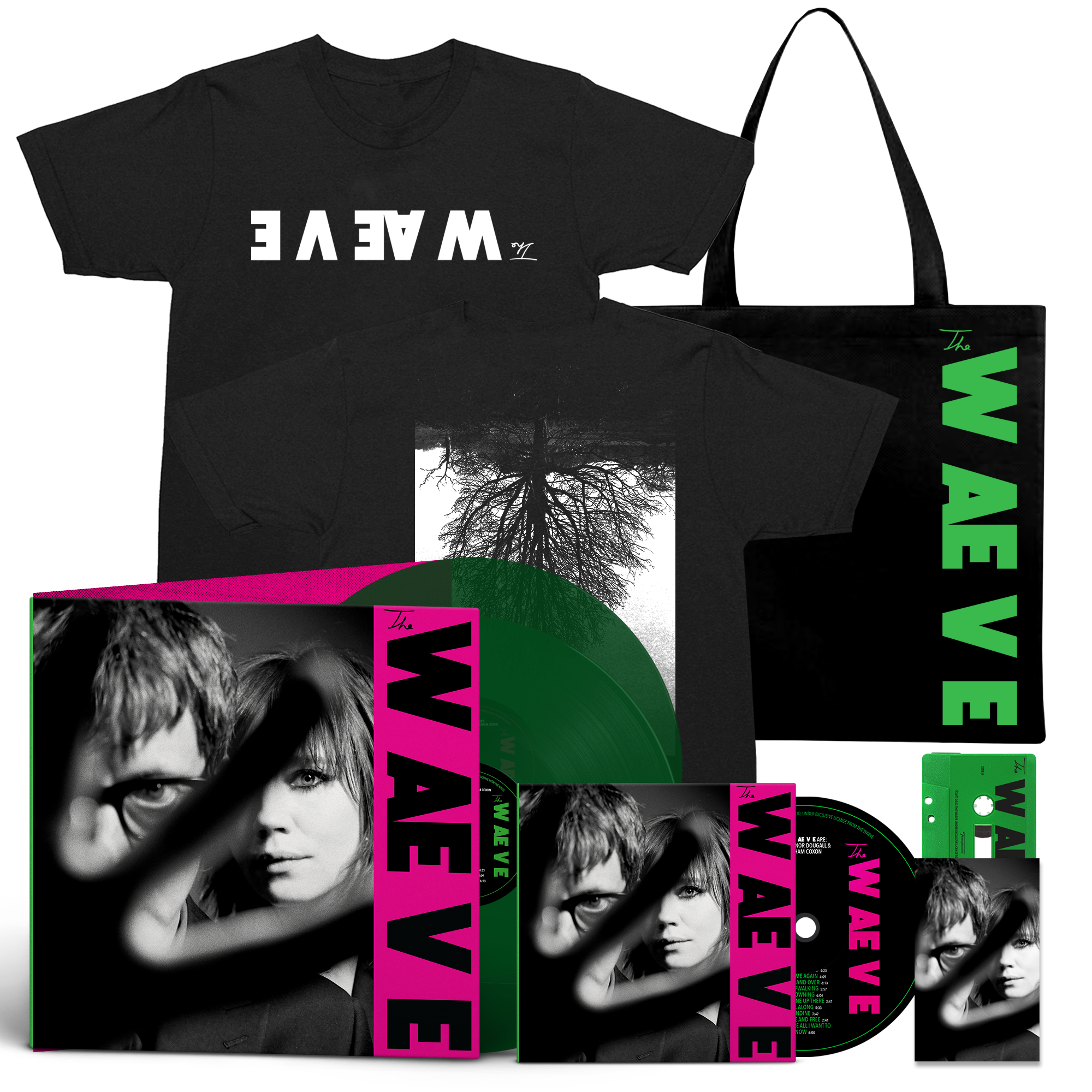 Another iconic label store launched in November, this time for Rough Trade. Kicking things off with Jarv Is original score for ‘This Is Going To Hurt’ and new albums from Special Interest and Taken By Trees.

There is currently 25% off with the code RTR25 and a free tote bag with all orders over £50 - you know what to do! 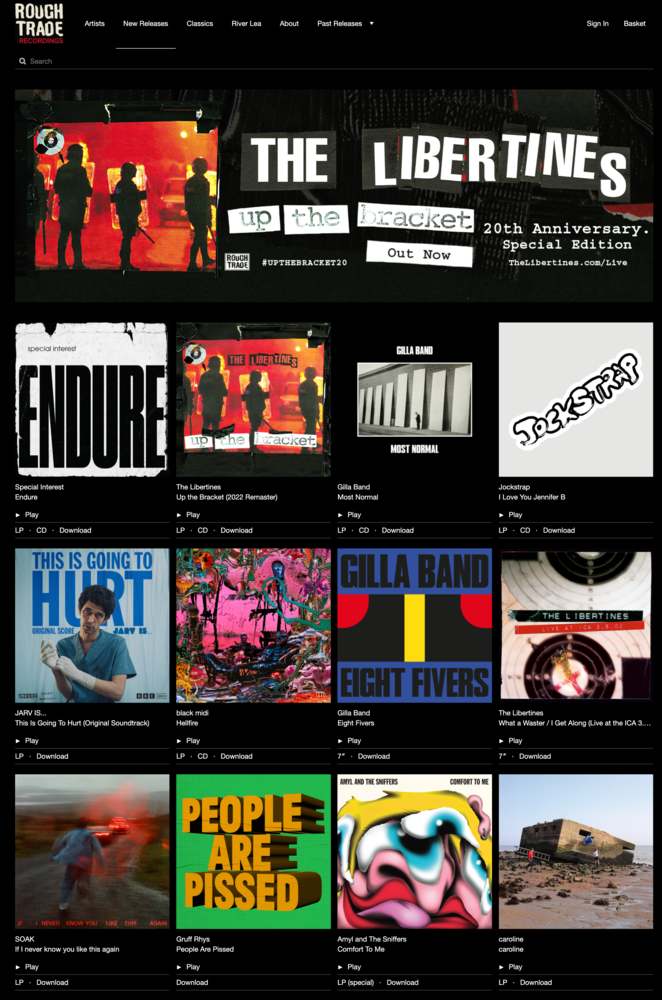 A new website for Ezra Collective was launched using Ochre, to support the successful campaign for new album ‘Where I'm Meant To Be’, a thumping celebration of life. 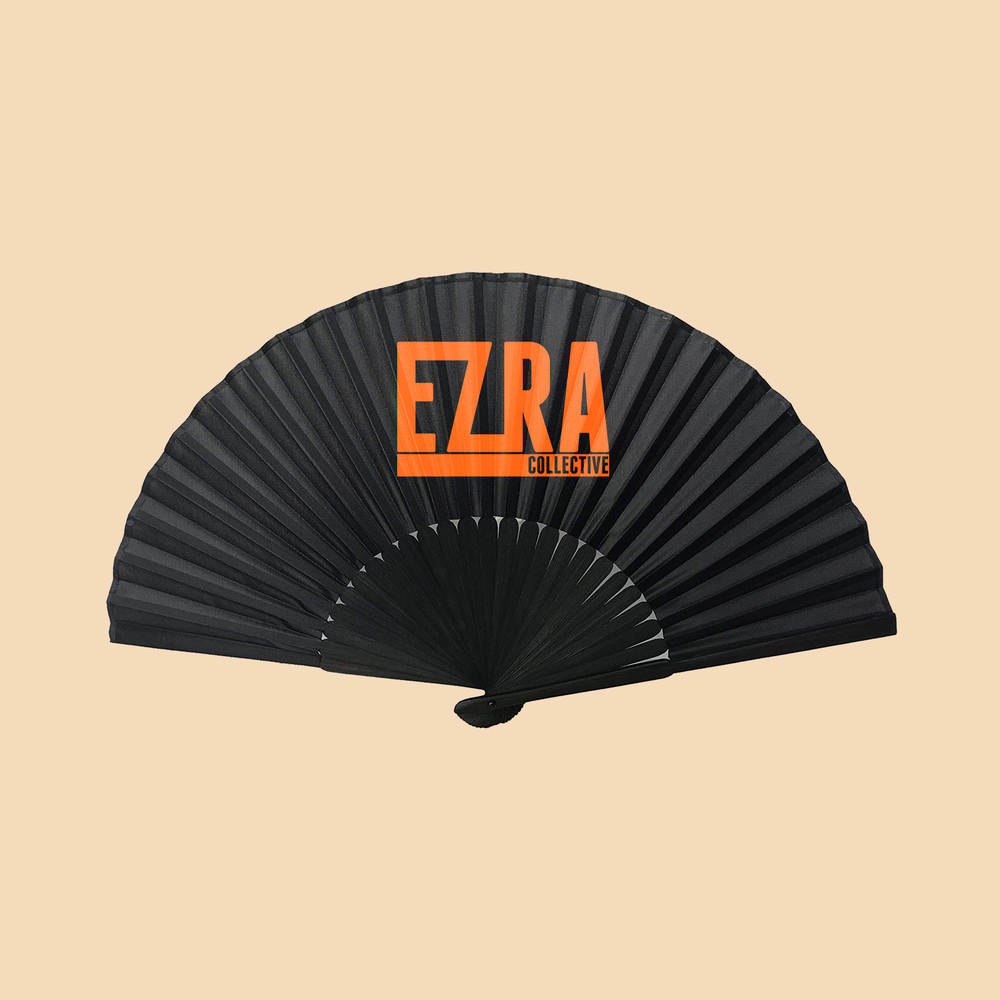 The 10th anniversary of ‘Coexist’ by The XX seemed like a fitting time for record label Young to re-launch their label store with Ochre. 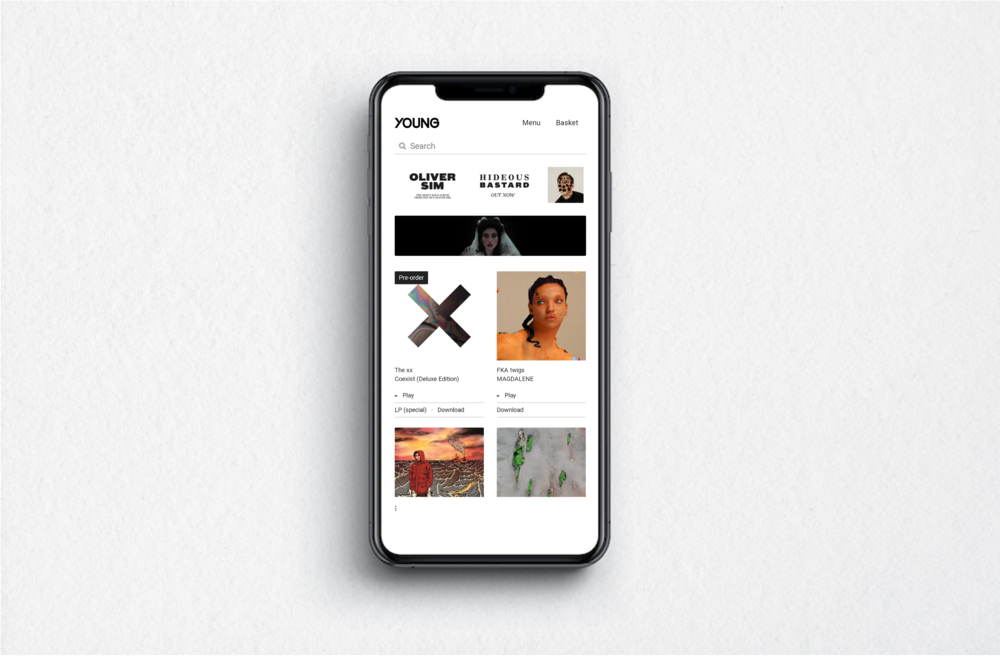 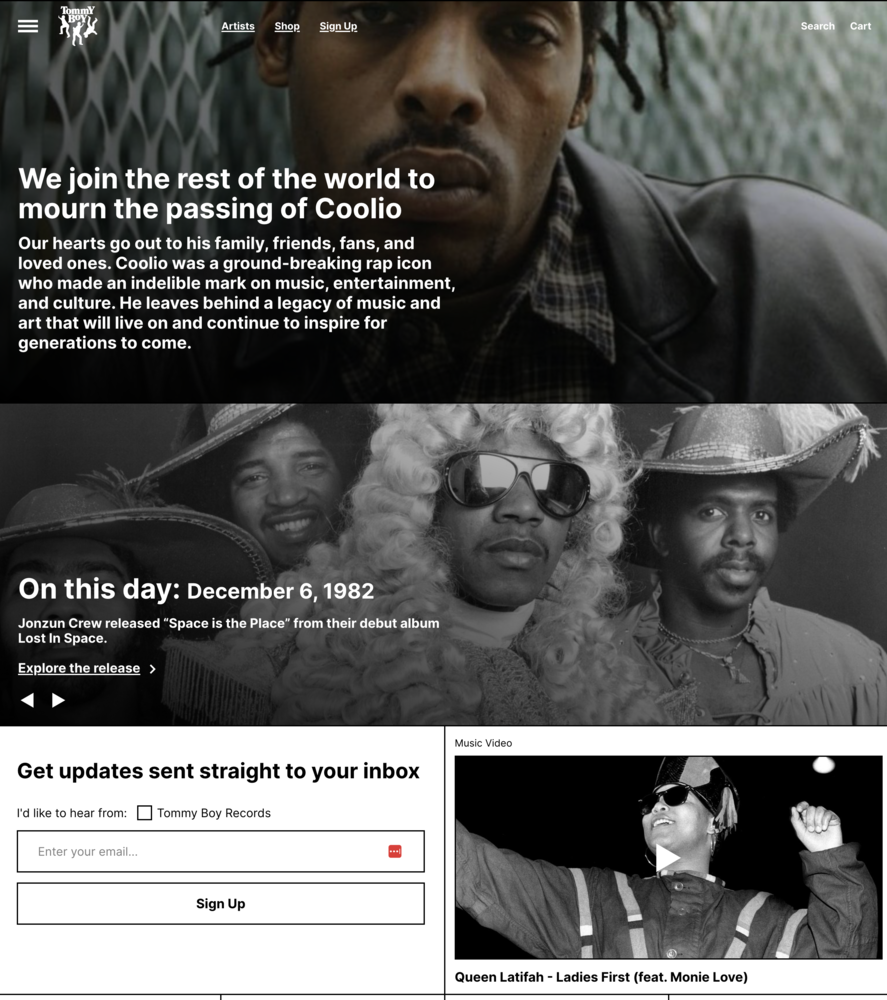 Unearthed Sounds are an online retailer and music distributor specialising in electronic and dance genres. As well as migrating their own retail store across to the Ochre Platform in order to benefit from the core music functionality, Unearthed are also using Ochre Dispatch to support other areas of their business. 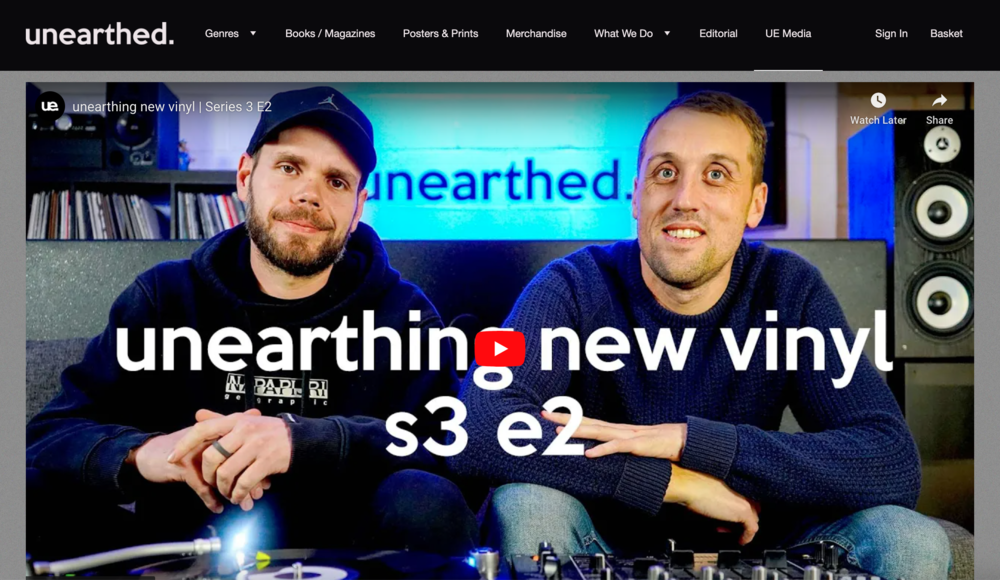 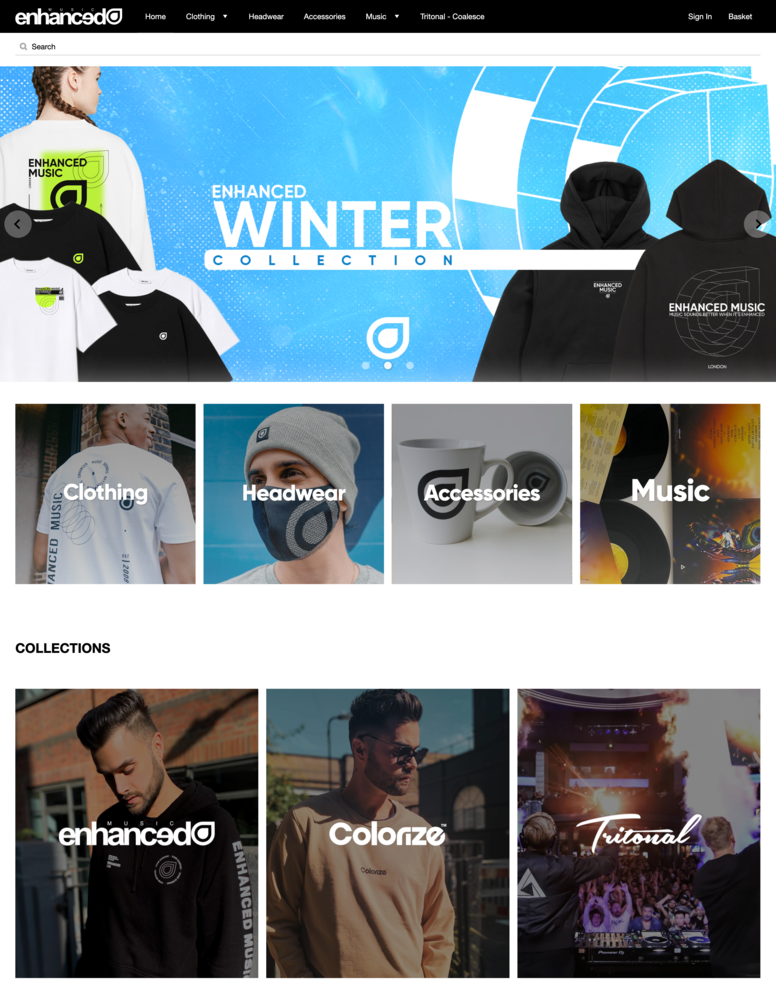 Brownswood launched a limited edition collectors apricot vinyl and a re-press of the open edition black vinyl for ‘The Yussef Dayes Experience Live at Joshua Tree’ - The sound recording from a naturalistic video shot in Joshua Tree, California in collaboration with Soulection. 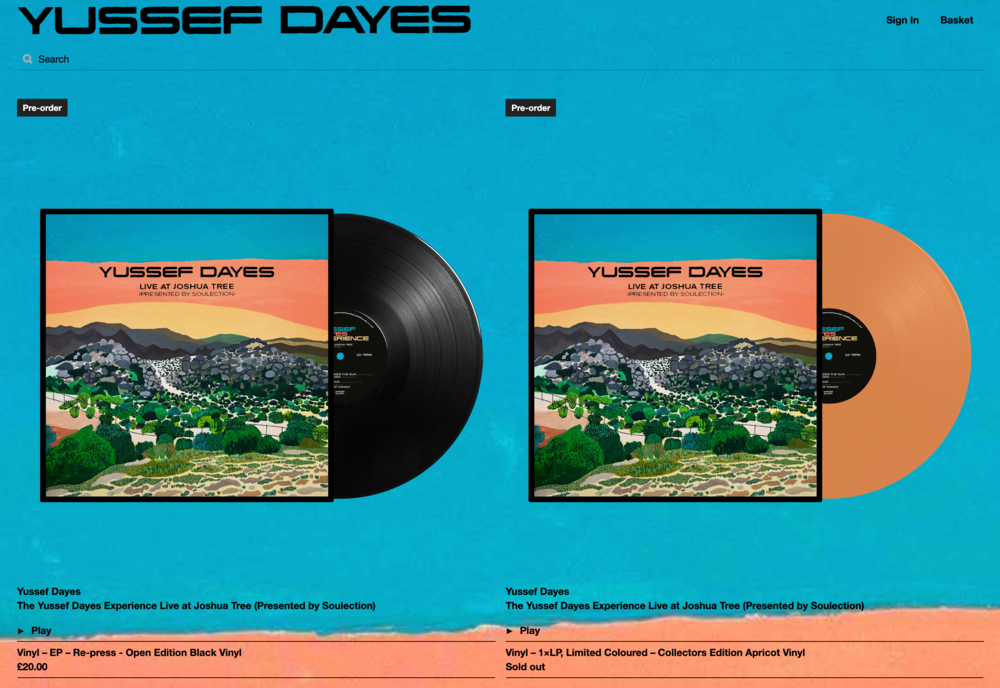 Another project to utilise the latest version of Ochre’s API & Developer Toolkit has been recent additions to the Warp website, with a new shop section and 2022 round up.

For more information on the API & Developer Toolkit click here. 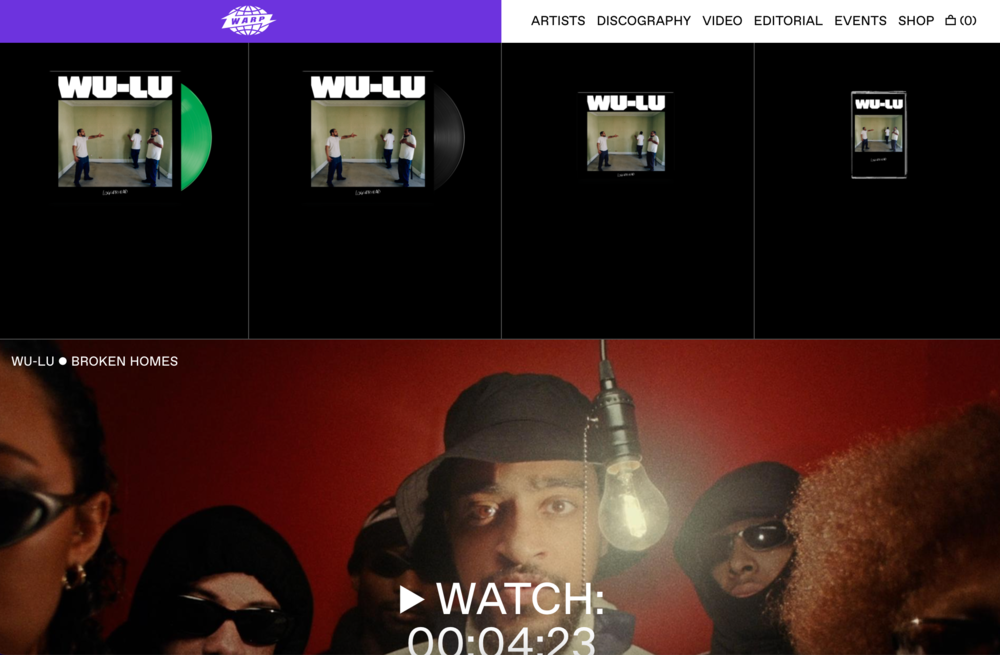